Drei Zinnen: the best kept secret in the Dolomites

In the heart of the Dolomites: Drei Zinnen (aka Sesto Dolomites)

“The Drei Zinnen ski area has more surprises in the pipeline. Keep an eye on our website for exciting news”

Only six years ago the then called Sesto Dolomites ski areas consisted of just 50km of ski runs over two mountains. Today, thanks to a bold vision implemented by a group of local operators 3 Zinnen Dolomites means 115km of slopes across five interconnected mountains. And this is not all …

The Three Peaks Dolomites (known as Tre Cime in Italian or Drei Zinnen in German) are among the most famous mountains in the Dolomites. They are the majestic backdrop of the Drei Zinnen Dolomites ski areas, an Italian ski destination which has gone from strength to strength in the last six years.

Situated at the heart of the UNESCO World Heritage site of the Dolomites, this South Tyrolean region along Pustertal (Val Pusteria) is the ideal choice for winter sports enthusiasts thanks to its 115km of perfectly groomed ski runs easily accessible via a ultra-modern network of 31 cable cars and lifts. Terrain is varied, from the steepest run in Italy (72% gradient) for the thrill-seekers to the gentle family runs where toddlers can take their first steps on the snow. 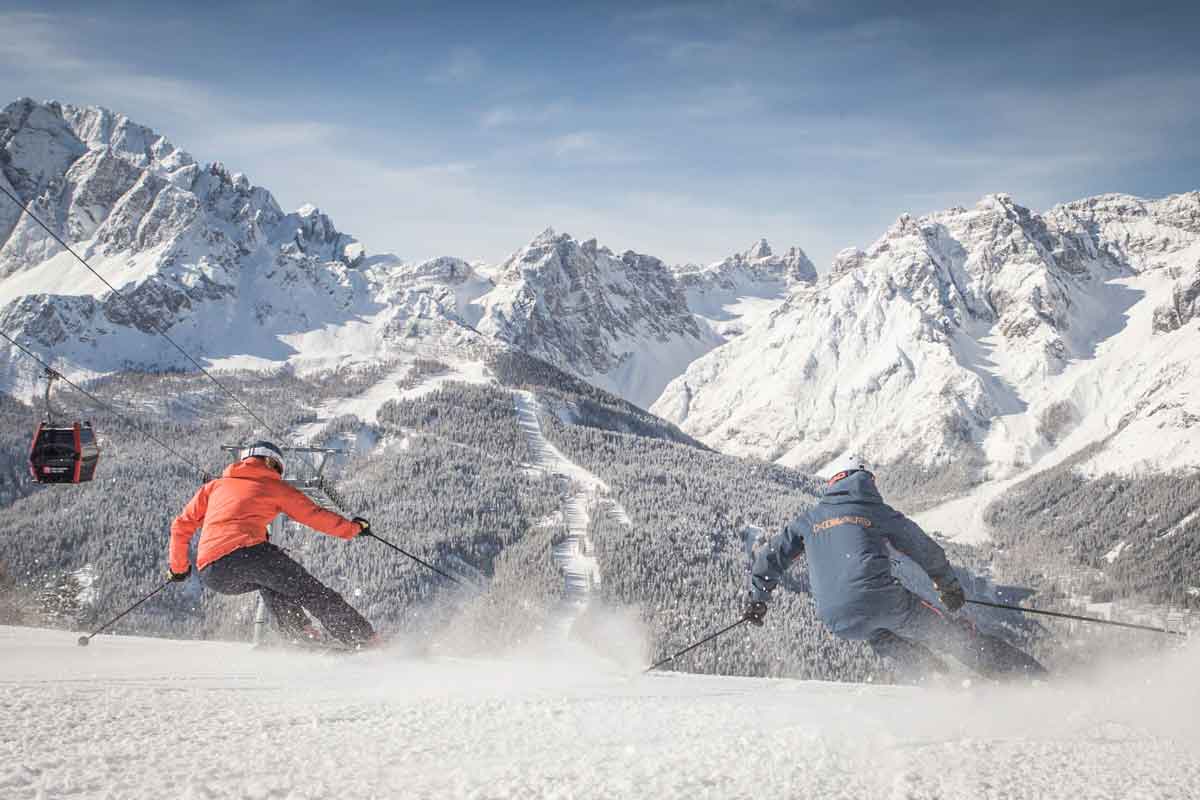 Not to be missed is the “Giro delle Cime” ski tour. You will follow the steps of the soldiers on the front line of WWII, stretching over 34km of runs, a total of 5,600 metres of elevation gain while skiing up and down five mountains and three valleys between South Tyrol and the neighbouring region of Veneto and experiencing different cultures, languages and cuisines.

And if this is not enough, the five picturesque villages dotting the valley are only 30min away by a comfortable ski train ride from Plan the Corones (Kronplatz), another massive ski area, while the Olympic town of Cortina d’ Ampezzo is three quarters of an hour by car.

But there is more … plans have been approved for a on-ski connection with the Austrian ski resort of Sillian, just over the border. From the 2021/22 winter season skiers will ski in two different countries.

This email address is being protected from spambots. You need JavaScript enabled to view it.